Making a unity of color components in every racial, ethnic, and ethnic, cultural and other differences in an area with the purpose of da’wa, that is the mosaic da’wa that a da'i will face and live on his journey especially in Indonesia. Every life form deserves live and develop, including ideas, perspectives, policies, attitudes and actions, by the people of a country towards something that is present and into the territory of certain regional communities. Multiculturalism began to be made an official policy in English-speaking countries (English-speaking countries), which began in Canada in 1971. In accommodating diverse community lives, the government then adopted the concept of cultural mosaics. This concept illustrates the diversity of ethnic groups living side by side in Canada where people can adapt themselves to differences in cultural ethnicity and the uniqueness of each culture. This gives different contrast spark plug to Canada. Cultural mosaics consist of three main categories: (a) demographic, (b) geographical, and (c) associative of cultural mosaics as in the times of Sunan Kaliogo in Indonesia at the time of da’wa at that time. Demographic variables related to race and ethnicity are most closely related to culture in general. Geographical variables refer to the physical features of an area. Associative Variables, forms and ways of social interaction that can enhance solidarity relations among humans. The collaborative effort to achieve a common goal that was applied by Wali Songo, namely the missionary goals and welfare of the Nusantara community in the 15th century 674 AD was equivalent to the mid 1470s.

This work is licensed under a Creative Commons Attribution 4.0 International License.

Author(s) who publish with this proceeding agree to the following terms:

Author(s) retain copyright and grant the journal right of first publication with the work simultaneously licensed under a Creative Commons Attribution License that allows others to share the work with an acknowledgement of the work's authorship and initial publication in this proceeding.

Author(s) are able to enter into separate, additional contractual arrangements for the non-exclusive distribution of the journal's published version of the work (e.g., post it to an institutional repository or publish it in a book), with an acknowledgement of its initial publication in this proceeding.

Author(s) are permitted and encouraged to post their work online (e.g., in institutional repositories or on their website) prior to and during the submission process, as it can lead to productive exchanges, as well as earlier and greater citation of published work (See the Effect of Open Access).

Proceedings of International Conference on Da’wa and Communication 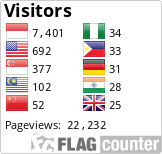